Does this sound familiar coaches? – You have examined your every action & behaviors to make sure you are in fact diligently following the suggestions laid out for all new coaches to follow to become a successful coach. In fact, you’ve re-examined several times. More & more people are aware that you are a coach, some even going as far as saying YOU inspire them and some even reaching out to you showing interest and asking for details on Shakeology, Beachbody fitness programs and these “Challenge Groups” that you keep referring to.
You truly care about helping each and everyone of these people who have courageously shared private details about their goals and past struggles. You are taking the time to really get to know them, not rushing thru things, trying to force a sell on them. Everything seems to be going well. You feel confident that you will be able to help them. Then it happens – They tell you that they are READY to commit. Then comes the final step – the closing. That’s when you see them pulling back. Objections start flying at you. You are frustrated. You don’t know what went wrong. You were sure that this was a for sure thing. 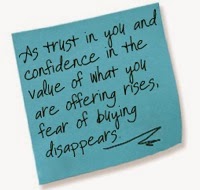