I received this text from my coach earlier.

When she told me I should be a coach. I gave so many of the same EXCUSES that I hear ALL the time.

It all comes down to one thing – Most of us stop believing in ourselves because SOMEONE else …didn’t at one point in time.

All it takes is the RIGHT person to believe in you at the RIGHT time.

I am thankful that she didn’t buy into my own BS. She saw my potential & she offered me the keys to open a door to amazing things.

All I can think is – What if she had of been afraid of the word NO?

We as people are SO terrified of that word. Terrified of rejection. Terrified of confrontation. People give up way too easy instead of looking for a solution. Think back as a child. You asked for something and your parents simply said “No! We can’t afford it.” So eventually we stopped asking. What if they had of said “We can’t afford it RIGHT now, but lets come up with a SOLUTION that WE as a FAMILY can do so that we CAN afford it.”

When I did agree to becoming a coach. It was almost like when I purchased my challenge pack. I was thinking “Hm. Okay. We shall see if this works. I almost was betting that I would fail and that she was the lunatic for trying to tell me that I could do good.” Ever find yourself sabotaging your success? Predetermining your failures before even trying? Playing on the safe side of the street to save your heart and ego from being bruised even more than it already has?

Becoming a coach. I really had no goals. No “Why”.
I didn’t need extra money. I didn’t care about the discount.
I had no prior knowledge or experience in the fitness industry.
My attempts at weight loss had been utter failures.
I had a history of adopting “pet friends” – you know the ones that are a train wreck, and you kinda take them on, feeling sorry for them, hoping you can help them, give them a better life and train them to think and act right, but I never really had a save the world attitude.
I never planned on being my own boss. Instead I said repeatedly that I would always work for someone else because it was secure (I actually laugh now thinking back at that statement)
I never cared about recognition, seeing my name up in lights or numbers.

However this “number” means something. It represents my drive. My level of commitment. My consistency. My passion. To know that out of 130,000+ coaches I am ranked #54 for the ELITE RANK.

What this # should say to YOU – is that I am committed to YOU. I am NOT going anywhere.
Why is that important for YOU to know? Because I constantly hear non-stop from others that the main reason they have failed any prior attempt at weight loss is because they LACKED support and felt alone.

With me you do NOT have to do this ALONE.

I can PROMISE you these things: I won’t heckle you. I won’t drag you along if you refuse to be open to better things. I won’t give up on you. 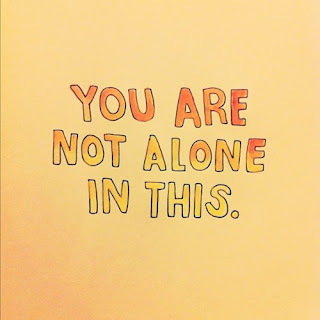