It’s so hard being a parent, especially nowadays with all the things kids need/want.

The one thing I HATED hearing from my parents is “We can’t afford it!” which translated “NO. Don’t ask again. It will NEVER happen.”

Everytime I turn around my kids need something. Or want something.

We’ve been living basically off of 1 income for awhile now as I posted the other night.

I feel that Haylie has had it worst out of all 3 of my kids. She’s been drug thru two divorces (Put the calculator away! Yes, I’ve been married three times!) She has a great father figure and step father and grandfather who have provided her with the love and guidance I feel she needs, but still has an absent sperm donor (which is fine by me, but still leaves scars of abandonment) and has had a lot expected of her. I’ve been the hardest on her, because I was young and didn’t know better and just have learned as I go. I hate to be one of those parents who overcompensates in all the wrong ways for the mistakes I made when I didn’t know any better, but I hate that I always feel that I am failing her and letting her down.

She just hit me up with the 8th Grand Trip to Washington DC & New York. We’d talked about it in the past. I want her to be able to go and want to be able to go with her because I never get alone time with her. BUT — It will cost $4k to go and it’s 2 weeks before Ryan and I leave for Las Vegas for Summit. What to do. She said it’s not mandatory for me to go. But I hate that I always have missed important things in her life because of work or money (which has been on of the driving forces behind me leaving behind my Insurance Industry Career and becoming a FT coach so I can be there for her more). Even if it’s just her going, that’s still $2,000 I have to come up with. If I do NOT go with her, but go to Vegas for Summit (no brainer, I would not miss that) how will she perceive it? That “vacation” or my work is still more important.

Being a parent is the hardest job I’ve ever had and I know it will not get any easier!

If I could find the money tree that would make things slightly easier.

What would you do? 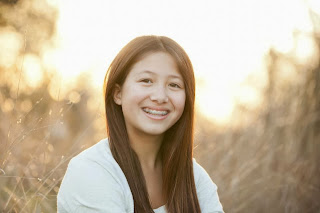 One of the most important things we adults can do for our children
is to  model the kind of person we would want them to be.
No comments yet