Every January, April, June and September there is a Beachbody event called Super Saturday hosted by current Independent Team Beachbody Coach’s that is open to the public. It’s our quarterly get-together, where Beachbody Coaches from across the USA come together at hundreds of different locations to prep for the next quarter, recognize success, share tips, and MAKE THINGS HAPPEN! At these events, you will get a chance to connect with others who share the same struggles & health, fitness and financial goals. Beachbody makes some big announcements at these events of upcoming events and new products.  These events are MONUMENTAL for current coaches. Everyone who walks out the door, leaves feeling UNSTOPPABLE and ready to take on the world! The beginning of each year, we see a surge in the business. This is why it is essential and of upmost importance that coaches make it a TOP PRIORITY to attend and bring their team and customers to experience this and leave MOTIVATED and ready to crush your goals during the first Quarter. Some of the benefits of attending these events are:

·       You are the FIRST to know the details on upcoming events and new products. You are “in the know” which will help you confidently provide information to others who have questions regarding these announcements, once the news hits the press/social media. Don’t get caught “not knowing” because believe me, your customers (and personally sponsored coaches) will go to someone who DOES know.

·       It shows your team that you are a leader and that this is important. It shows to your customers and others watching you that you are indeed committed to this and it’s not just a hobby or interest. If people see that you are hardcore and this is something you take serisously, they will take you serious.
·       You get to listen to success stories from fellow local coaches that keep you encouraged along your health/fitness/coaching journey.
·       You will meet new coaches and connect with other coaches which provide local support, as we all know it is common to have your sponsoring coach be located across the country. It helps solidify one of the biggest benefits of being part of this organization: TEAMWORK.

I remember sitting at home, here in Texas several times a year and seeing my team, Team TSD out of Miami, posting about getting ready for Super Saturday or even the Carl Daikler event in February 2013 and feeling left out, feeling sad, and wanting to be there with them. I had made it a point to attend the Super Saturday in June & September of 2012 in Houston so I did not miss out on this important event, but never made it a point to really connect with the local coaches. 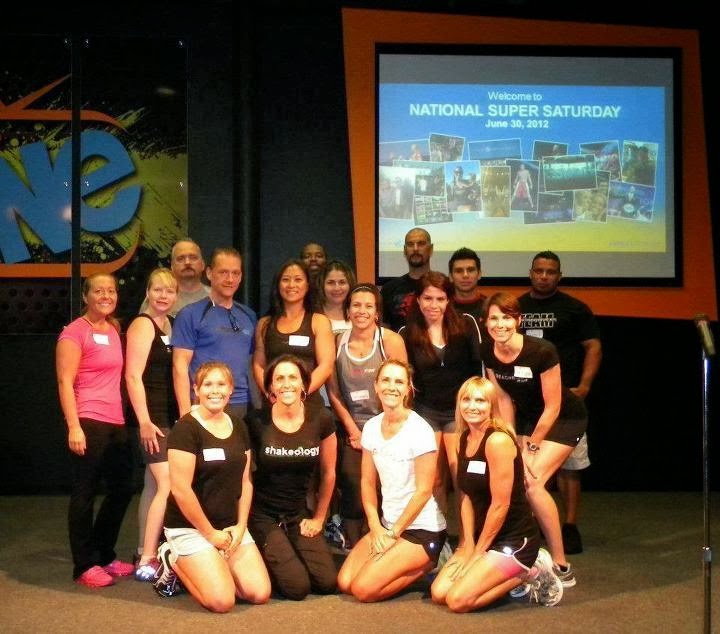 Although, I would love to be with MY TEAM in Miami every time there is a Beachbody event, I realized that it was not possible to make the trip to Miami 4 times a year and that this was the wrong attitude to have. It was only hurting myself. I needed to change my thinking and change my actions. 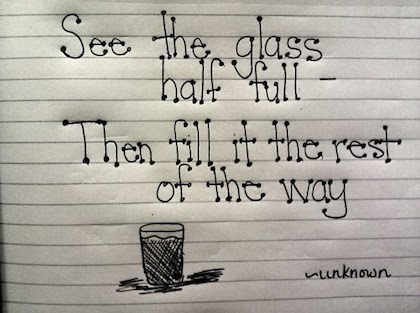 On March 1st, 2013, I made a promise to myself that instead of wishing I was in Miami and feeling sorry for myself that I was so far away from my team, that I would do whatever it took to get TSD on the map and make our mark here in Houston. When I was in Miami for the 1st Quarter of 2013’s Super Saturday, I watched my coach and her sister, work closely with other local coaches, from other teams and I realized I needed to duplicate that so I made a vow to step up as a leader and connect with my local coaches. 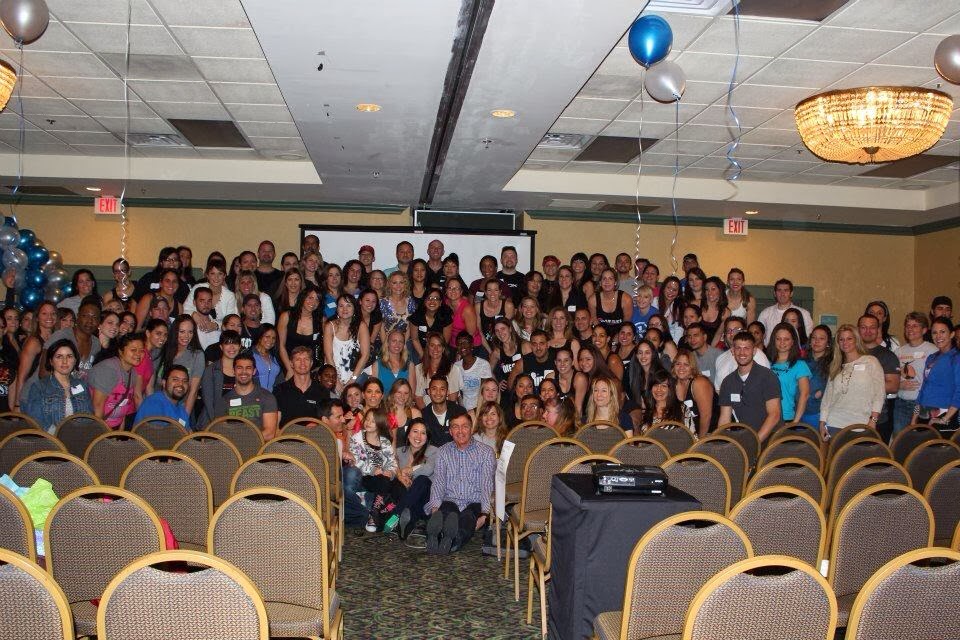 I worked hard to reach out to local coaches and see what I could do to help create a culture and duplicate what I had seen my team in Miami do to change the atmosphere at Super Saturdays to create an environment that attracted not only coaches, but customers to want to join.

In April, I was asked to share my story and was also able to bring Richard Neal, 2012’s $100,000 Beachbody Challenge Winner to Houston to speak at the 2nd Quarter Super Saturday and spend time with our local Team Beachbody family. 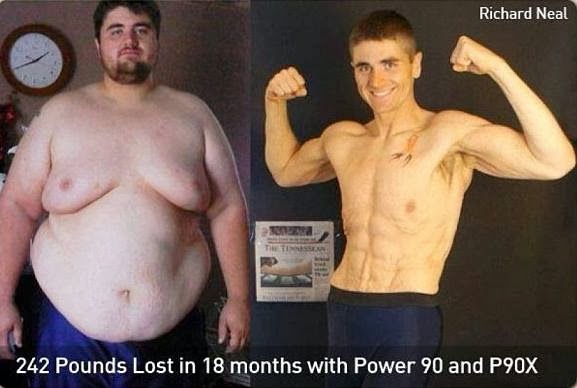 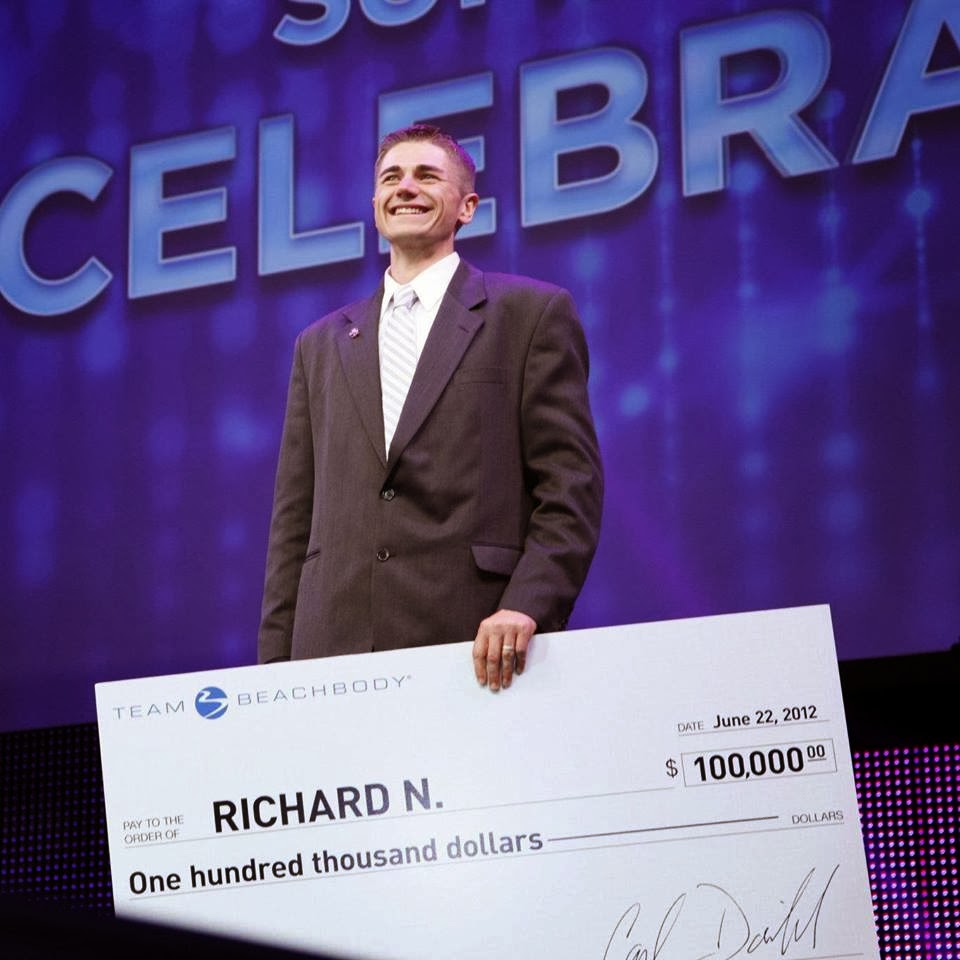 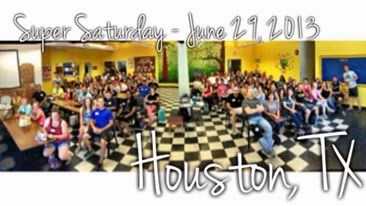 While I sat at Summit I realized that if I wanted to achieve my dreams and help others, I needed to face my fears. I realized that my fears that prevented me from speaking in front of a crowd were based on things from my childhood that were no longer relevant.  So I committed to hosting the 4th Quarter of 2013’s Super Saturday (Sunday). I was nervous as hell, but thanks to the help of my husband, friends and fellow coaches: Alex, Joyell, Bruce, Sam and Joanne and my step daughter Hailey, we pulled it off and it was a great success. I thank Sam, Nikki, Alex, and Chris for sharing their success story.

The event was a success. We had over 100 people in attendance and everyone LOVED the 80’s theme and the P90X3 workout. Click here to check out the pictures. 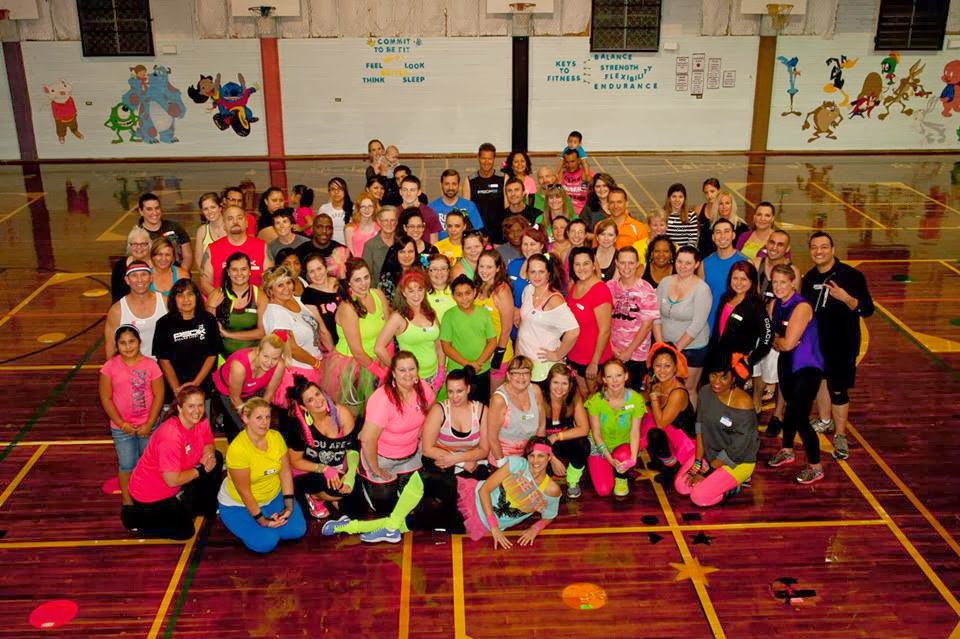 The BEST part about this Super Sunday was that Coby Mitchell, our Regional Sales Manager, came from our corporate office. What an honor! 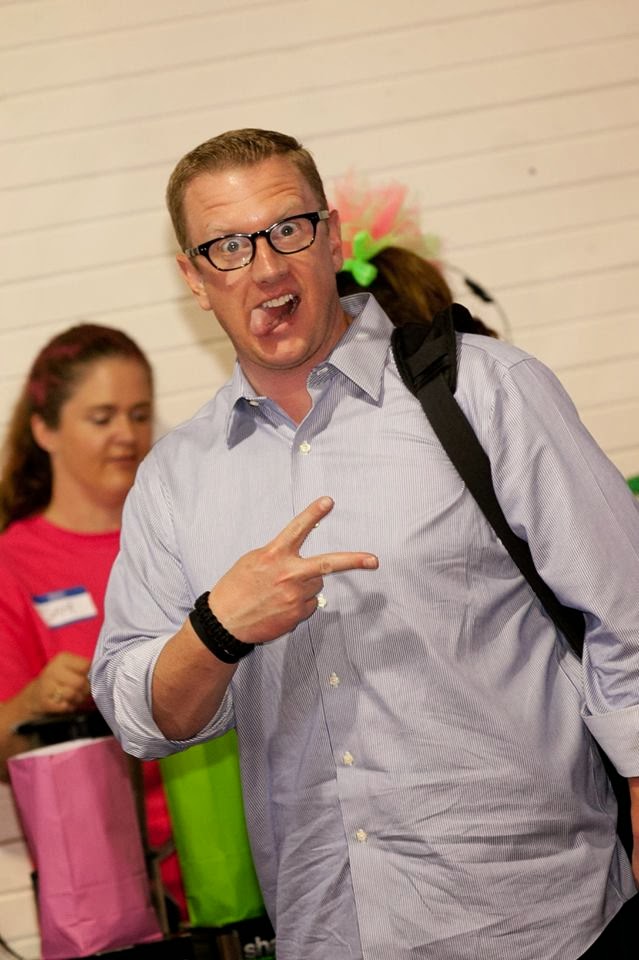 While Coby was in Texas, he asked me to form the Houston Market Council which would be comprised of all the leaders in the Houston Area. Our duties would be to step up as leaders and help coordinate the annual events. I gladly stepped up and started reaching out to other leaders in our community and we formed an alliance. 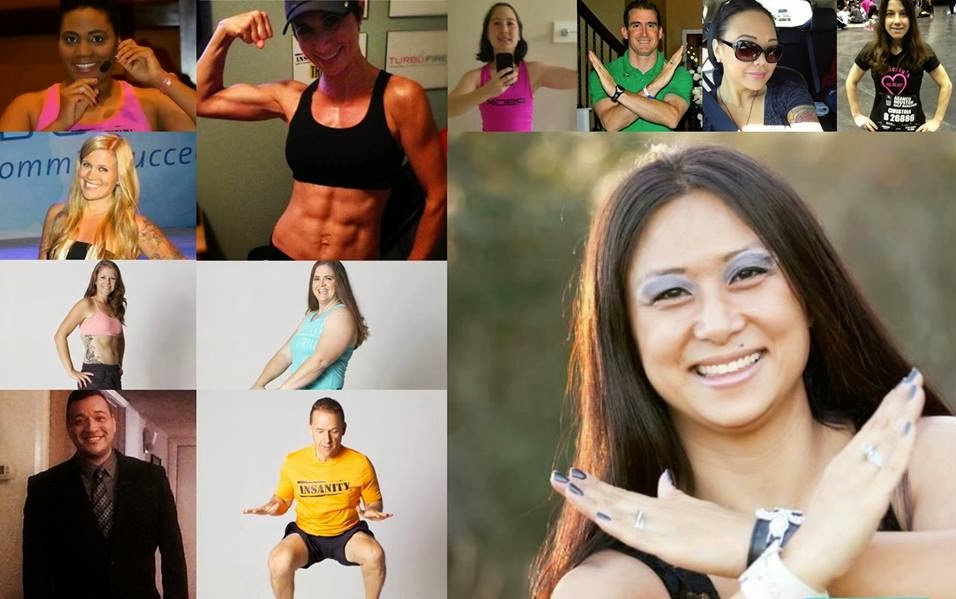 It has been amazing getting to know all of the members and work together as a team of leaders and pooling our resources and creativity to help create a family feel in our area. I can’t thank them enough for rising to the opportunity and displaying excellent leadership skills which really communicates a lot to the others in our area.

It wasn’t until about a week after I had registered the 1st Super Saturday of 2014 and me as the host on the Team Beachbody Website,  that it dawned on me, that my fear of public speaking had pretty much disappeared. I was not nervous in the least bit. That was so huge for me to realize how far I came. Some coaches, may gasp when they hear what I am going to say next, but I didn’t even go over the material except for once, about 30 minutes before we arrived at the location to set up. I know a lot of coaches spend lots of time reviewing and making sure they have it all in order, but for me, it’s so much easier to just do it on command and speak from the heart. This time since I was less nervous, I really tried hard to get the audience pumped up, instead of just sitting their listening to someone read off of a sheet of paper. I am confident that each time I speak, my confidence level will rise and my speaking capabilities will also improve.

This Houston Super Saturday was like no other before.
(It was held on my birthday! Most people would hate to have to “work” on their birthday. Too bad I don’t consider what I do “work” because to me, it was the best way to spend my birthday – with a room full of like-minded, positive people, in an uplifting environment. I was not upset about turning another year older because I see that I am personally growing and becoming the person I was created to be, so no matter how many candles I have on my birthday cake, as long as I am improving myself than there is no need to worry.)

This time we chose FOOTBALL as the theme.
It was awesome to see so many people participate, arriving in their favorite NFL Team Jersey or other attire.

We had a “Transformation Field” where people could display their before vs. current picture. 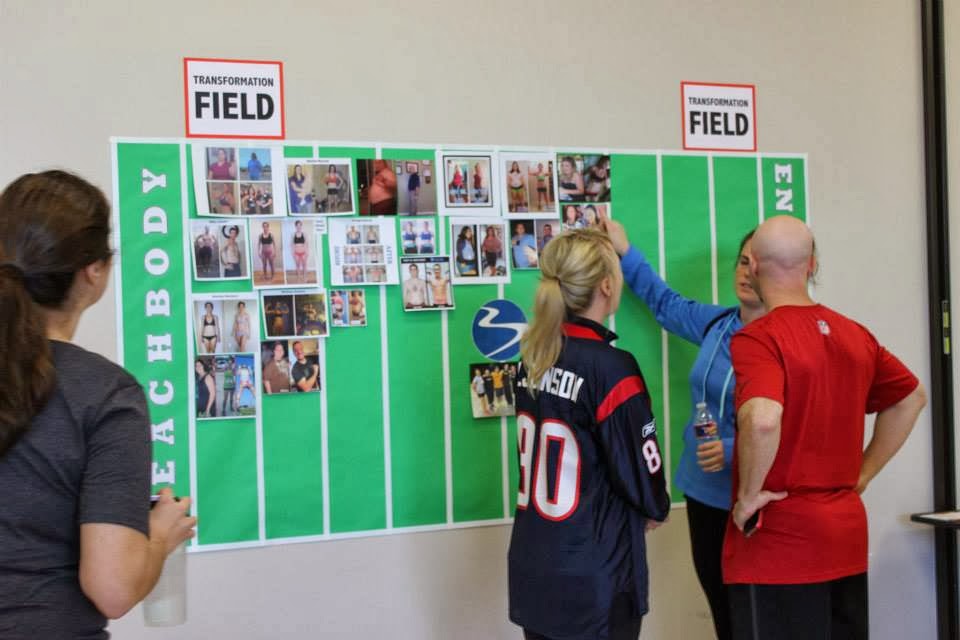 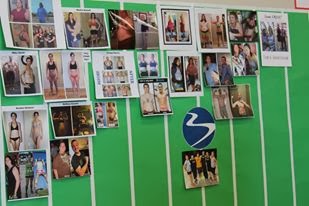 Chef Stacey Rocks! brought some amazing fruit platter as well that the guests enjoyed grazing on. 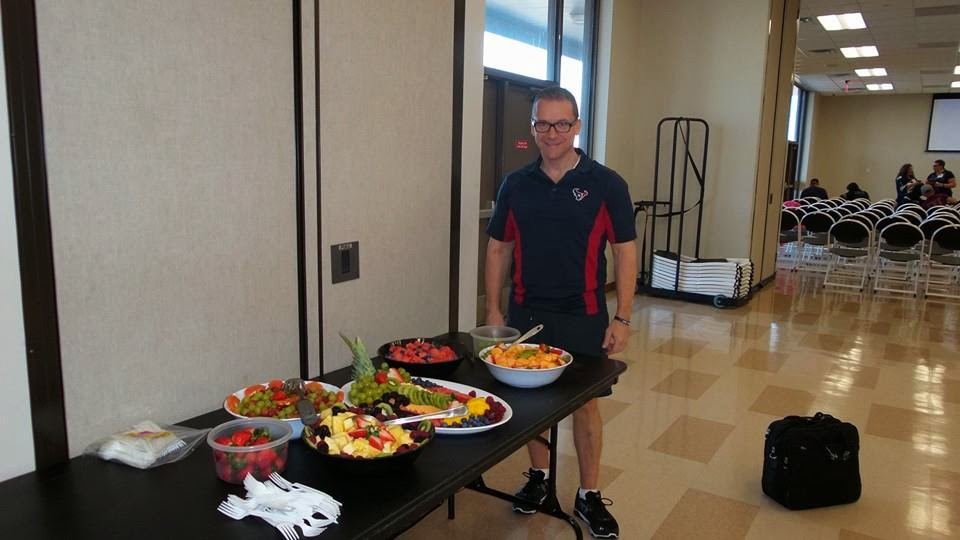 We had a goal board where everyone could write their goals for 2014 along with their name and the current program they are using. Last Super Saturday, my good friend Chris Duffield, shared his story along with his goal to FIRE HIS BOSS and guess what? HE DID.

I want to thank all of the coaches who courageously and so graciously shared their story: Magen Rathbone, Lindsay McGill, Stacey James, Mel Cacares, and Bill Rogers.

I have to give major props to Mel for sharing her story She is brand new baby coach. She was so nervous, but she did it. She found the strength to step out of her comfort zone and punch fear in the face. I know I have come a long way, which shows that progress can happen over time, you just have to get over that initial first step. I know she will do great. I personally, was terrified about attending my first Super Saturday because I knew no one and had no clue what the events were like and to top it off, the thought  of having to workout in front of anyone scared the crap out of me. So I can only imagine how Mel felt having to speak in from to over 100 people at her first event. But kudos to her. She did great! 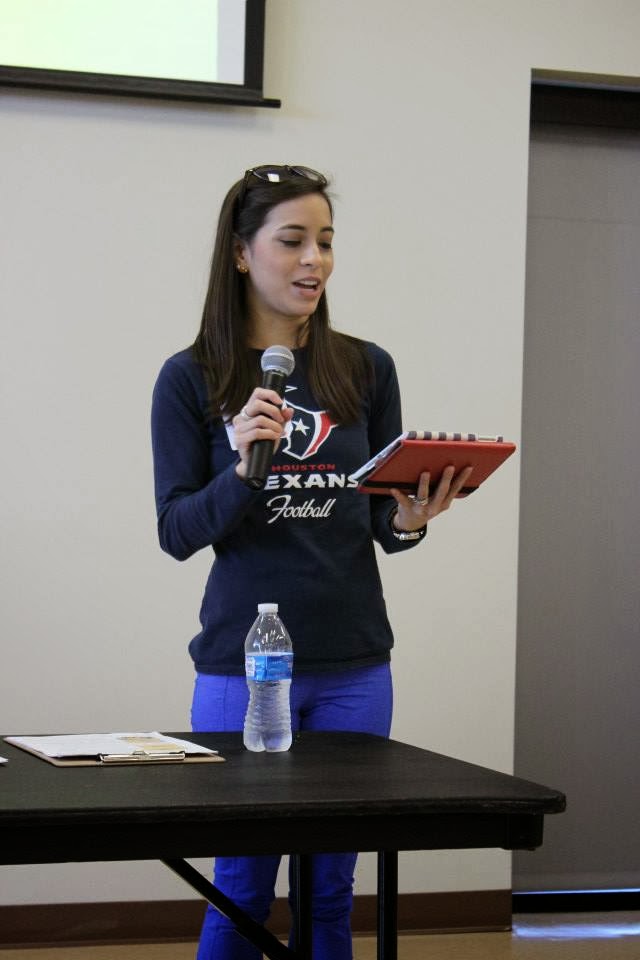 I loved hearing Bill’s story. Did you know that he was a Beachbody Challenge Winner? 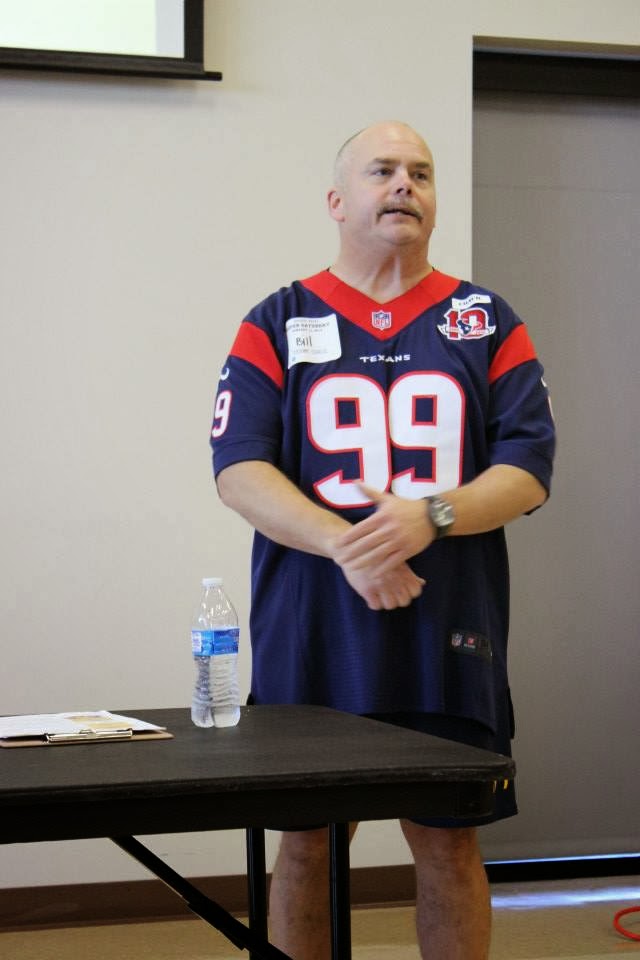 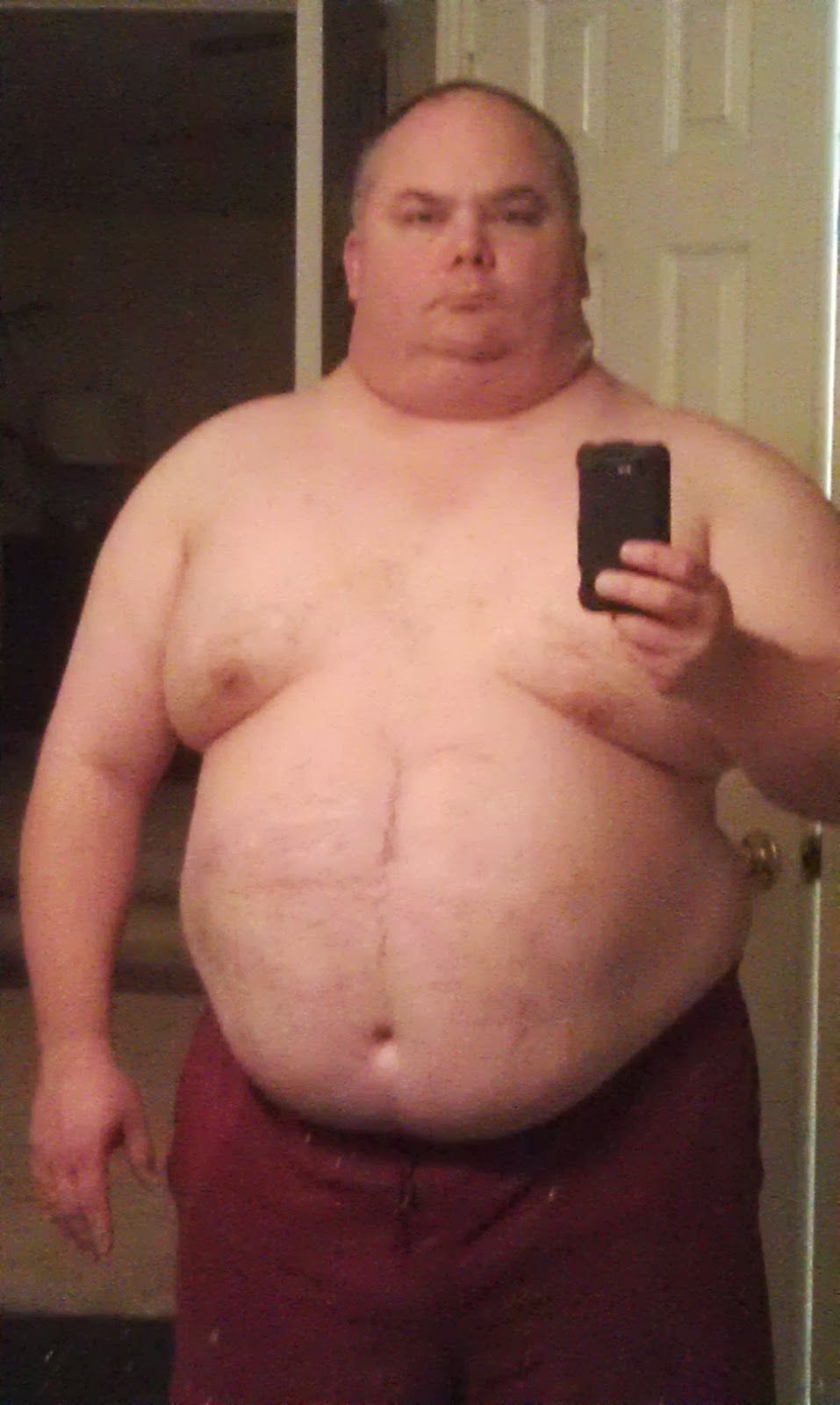 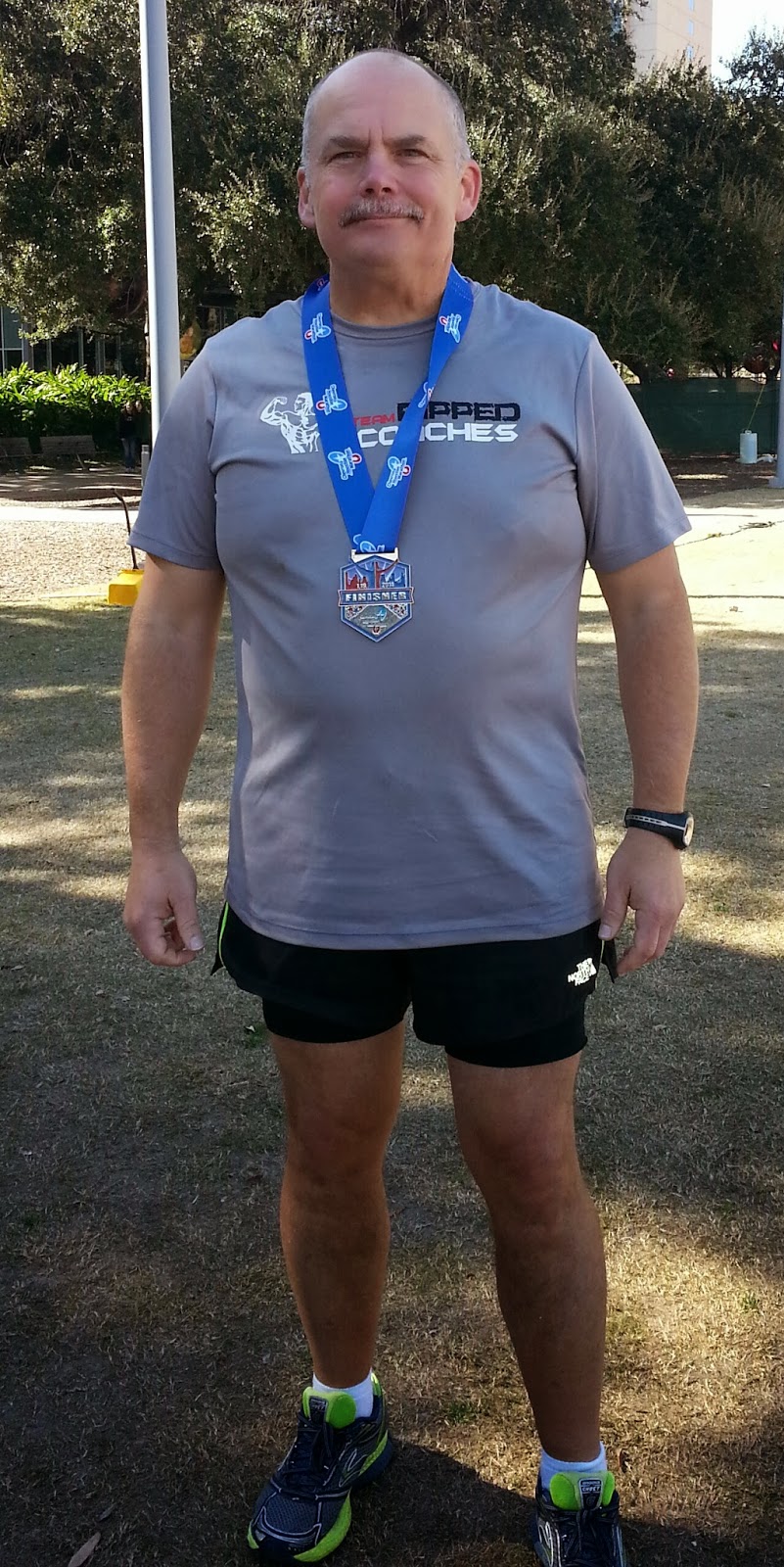 Look at this 2014 goal that was shared by someone on my team. (Name left off to protect job) 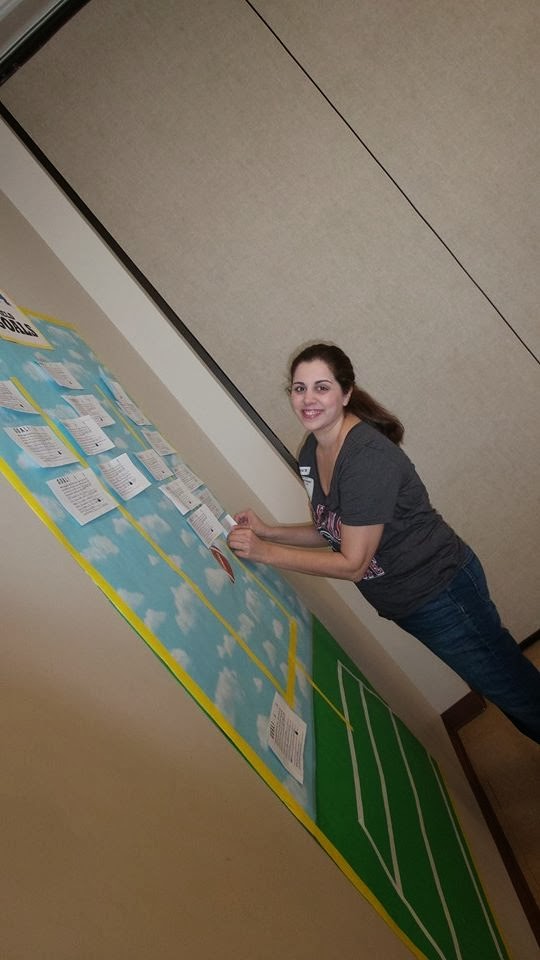 I had anticipated and hoped for at least 100 in attendance and guess what? Goal met! 113 people sacrificed their time with their family and showed up and showed the world that they are COMMITTED to Team Beachbody and their goals in 2014. Were you at Super Saturday? 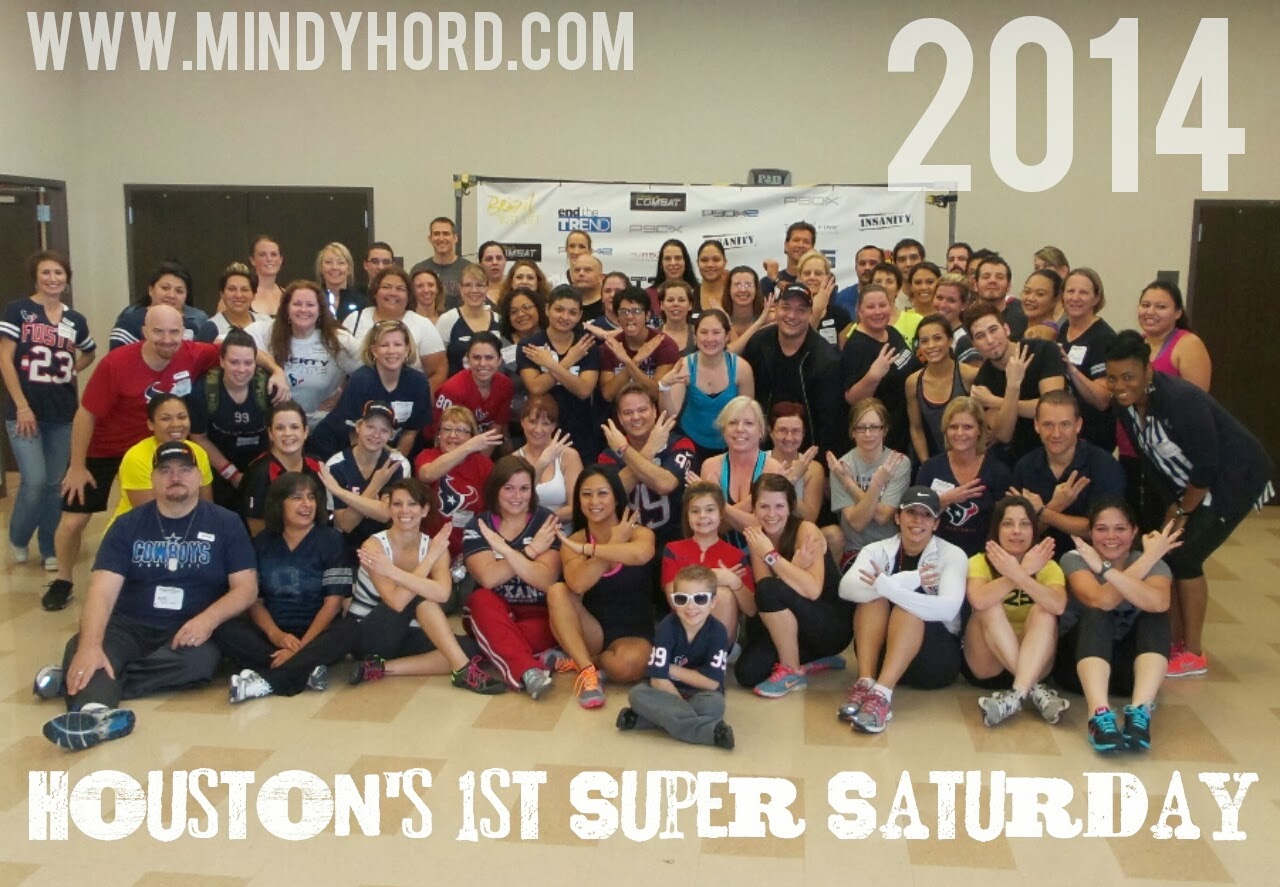 If you happened to miss it, here is the video presentation!

Alex and I will be hosting the next one on Saturday April 12, 2014. Save the date. Mark your calendars. Arrange for time off work, sitter for your kiddos, transportation. These events should be non-negotiable. It’s only 4 times a year.  Will you make it a priority? Will you get there early? Will you bring a guest? Will you make sure you reach out to other new coaches? Will you be sharing the news with your team? 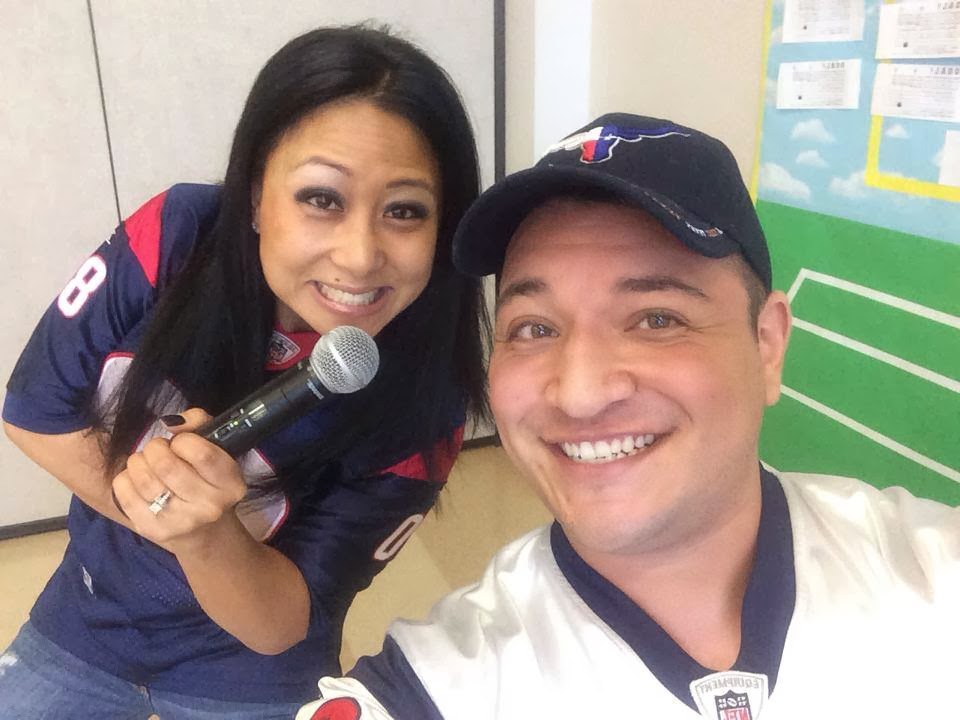 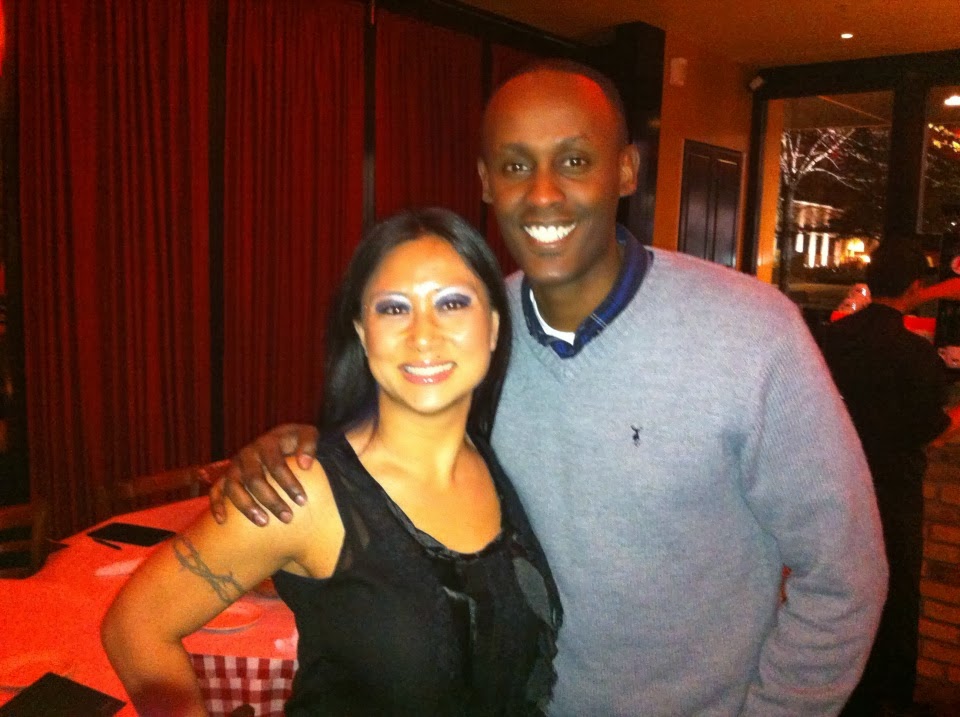 I highly recommend you make sure you get there on April 12th because we will have a special guest, Arnauld Nakaha (Director of Sales)