I am one of those parents who is super strict on her children when it comes to respect, obedience, honesty, and responsibility for their actions and above all I strive to keep them INNOCENT. I will fight to my death to protect my children from harm, from anyone, however I am not one of those parents who swears her child can do no wrong and can be the first one to admit when they are being little bitches or bastards! Because I live in reality not fantasy land!
I have been around and witnessed and see young girls nowadays who’s behavior is pretty disgusting. You see 11-12 years olds walking around with makeup caked on, talking with foul mouths, acting like they are 25 and just putrid behavior and personalities. If you’ve ever seen the show MEAN GIRLS, you know what type of girls I am talking about, except it happens so much younger than high school age these days. 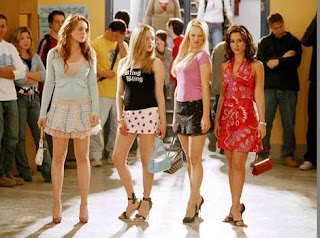 I have tried to instill in my children that it’s okay to not like someone and it’s okay to be open about not liking someone. Because I think we are all entitled to our own opinion and we do not HAVE to like someone and you should never have to hide your feelings, however, it’s not okay to be mean and cruel.
I love my oldest child Haylie. We have a different relationship than most mother & daughters. I found out I was pregnant with her on my 18th birthday. The day I’d been counting down till for what seemed like forever because it meant INDEPENDENCE & FREEDOM. Lesson learned – Universe: 1; Mindy: 0. It’s hard to believe that she will be 14 years old in just a few weeks. I really don’t feel like I have raised her. We’ve more or less grown up together. In some instances, I feel like she’s raised me. I’ve expected so much from her because that’s the way I was raised & I didn’t know any better. And just a common observation is that most people seem to be the hardest on their oldest and expect the most, but often times, they are the ones who are most resentful, but the most responsible.
Haylie is the smartest kid her age that I know. She has been the TOP READER in her grade for years. Even without trying she pulls down all A’s on her report card. She is genuine, sweet and kind hearted.
The poor child is wise above her years – She has the maturity of a 20 year old at times, and talks a little too matter-of-factly to adults, forgetting she is just a child. She got that part from her mother. It’s so crazy to me how at sometimes I see my child who is so wise, so much older than what she is, then I can see her on this level where she is still this innocent child. 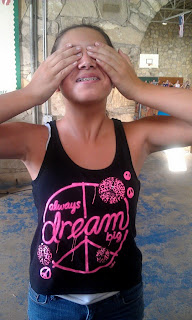 Last year on her birthday – I allowed her to have a swim and slumber party. I got to spend all afternoon and evening with her and quite a few of her friends that she has been in GT (Gifted and Talented program for students who excel) since third grade. I watched the girls giggle, take silly pictures, talk about school, play games, and in general have a good time. So different than other slumber parties I’d been a part of or heard about of girls the same age, who left others out, talked badly about some in the group, gossiped about others at school, prank called others – Which is why I had never allowed Haylie to have a slumber party – I knew I didn’t want to deal with little bitches like that because I have no patience for that. But I got lucky, my daughter if friends with sweet, intelligent girls who are kind hearted too. How refreshing. 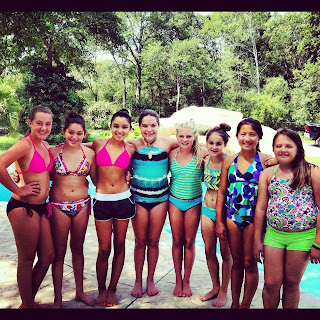 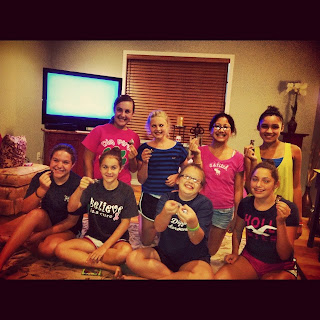 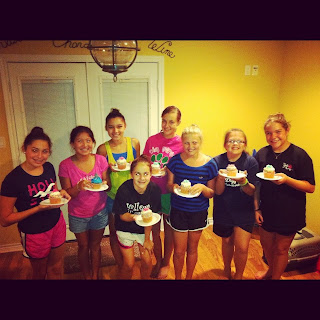 At her age, I’d already had sex, smoked cigarettes & pot, drank alcohol and managed to lie to my parents more times than I could count. And I was raised by super strict, religious, all up in my shit, know-it-all, by the book parents. How could I have turned into such a Rebel at that age and her, who I have been really open with and relaxed with still be so innocent?
The other day in a business meeting with some reps from a company we represent, we started discussing our kids. When they found out I had an almost 14 and 10 year old. I was asked “WOW! How is the teenage years going?” I explained that I am not one of those parents to toot my own horn and be biased and have no problem calling my kids out on their BS (Don’t worry – I didn’t say BS in a work meeting.) and then proceeded to explain how I am really lucky that both my girls are respectful and really innocent. One of my co-workers said “Ha. That you know of. Girls are ferocious!”
It’s funny how people stereotype and cannot believe that someone would be different.
What I wanted to say was “Yes I DO know because I DO check on her and DO get feedback from other parents and I DO know my child. And for now, she is NOT ferocious!”
I then realized though that this person who is a grown adult is a really unhappy, bitter, negative, condescending person who gossips non-stops, so in her case, after raising a daughter, probably had one of those ferocious daughters who attracted other ferocious girls because birds of a feather DO flock together.
Hurting people hurt others.
I hope to keep my children happy, so that they don’t hurt, nor are attracted to other hurtful people and continue to become damaged.
Above all, I don’t really care what my kids do with their life. They can move across the world, shave their head, turn out gay, marry whatever race they want, choose whatever profession they wish, just as long as they are happy and not a burden on society as an adult.
And I hope they look back and remember their mom as the person I am TODAY, not the broken person I was when I was trying to raise them too.
What do you wish for your children?
No comments yet