Has anyone ever heard of “Body dysmorphic disorder“ disorder”? This is something children and adults & women AND men commonly suffer from. This is where the individual is concerned with their body image. Some forms are more severe than others, but it is manifested as excessive concern/preoccupation with a perceived defect of their physical appearance. They have perpetual negative thoughts about their appearance. My thoughts on what causes this: hurtful comments from peers/family members, the pressure & emphasis that society puts on others to be thin/perfect/beautiful, personal struggles with weight/obesity, constant comparison to unrealistic idols (celebrities/fitness models), postpartum after effects and the need to fit in/blend in.

Two things I STRONGLY DISCOURAGE is to STOP comparing yourself to others and worrying what the f’n scale says!

You absolutely CANNOT focus solely on what the scale says!

On February 2, 2012, I started P90X.
In April, 2012, Melissa Barto one of my childhood besties, reached out to me & asked me to be her coach & was the FIRST person to join my first Challenge Group. She started P90X for the 3rd time, this time COMMITTED to completing ALL 90 days and this time COMMITTED to drinkingShakeology®. We didn’t start actually following the meal plan though until we were weeks into the program.

I started out at 145 lbs.
She started out at 200 lbs.
I stand 5’3 & 3/4″ and she is 5’6″.
She is FAR more stronger and committed to clean eating than me.
She has a FAR better endurance level than me.
On top of being faithful to Beachbody programs (She has completed P90X,Beachbody Ultimate Reset, Body Beast, Focus T25, Insanity The Asylum and21 Day Fix) she RUNS several miles at a time, CONSISTENTLY! She is a BEAST. If you haven’t heard her story, click here to READ IT! 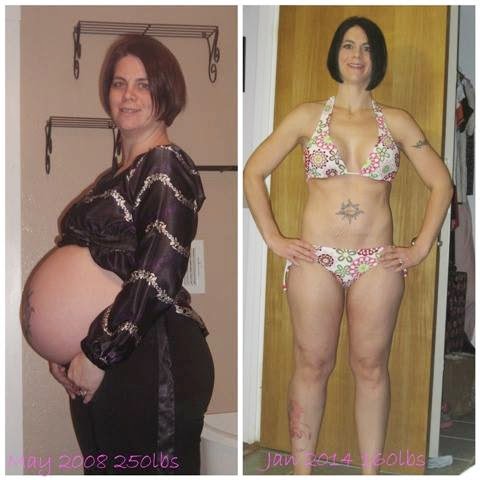 She looks INCREDIBLE. I am so incredibly proud of her, but I think her hubby Thomas Barto gets the award for being her BIGGEST FAN!

Sometimes we want to slap her around, when she voices her negative opinions of herself. Lord knows there is a lot more that goes on in that pretty head of hers that she never vocalizes herself.

You see, she has been on a yo-yo, roller coaster weight loss ride for most of her life, but this time it’s stuck for almost 2 years. She has finally learned how to create a lifestyle, not following some fad, or getting a temporary fix, that lasts only a few weeks. It may be a uphill climb, but the journey is slow & steady. 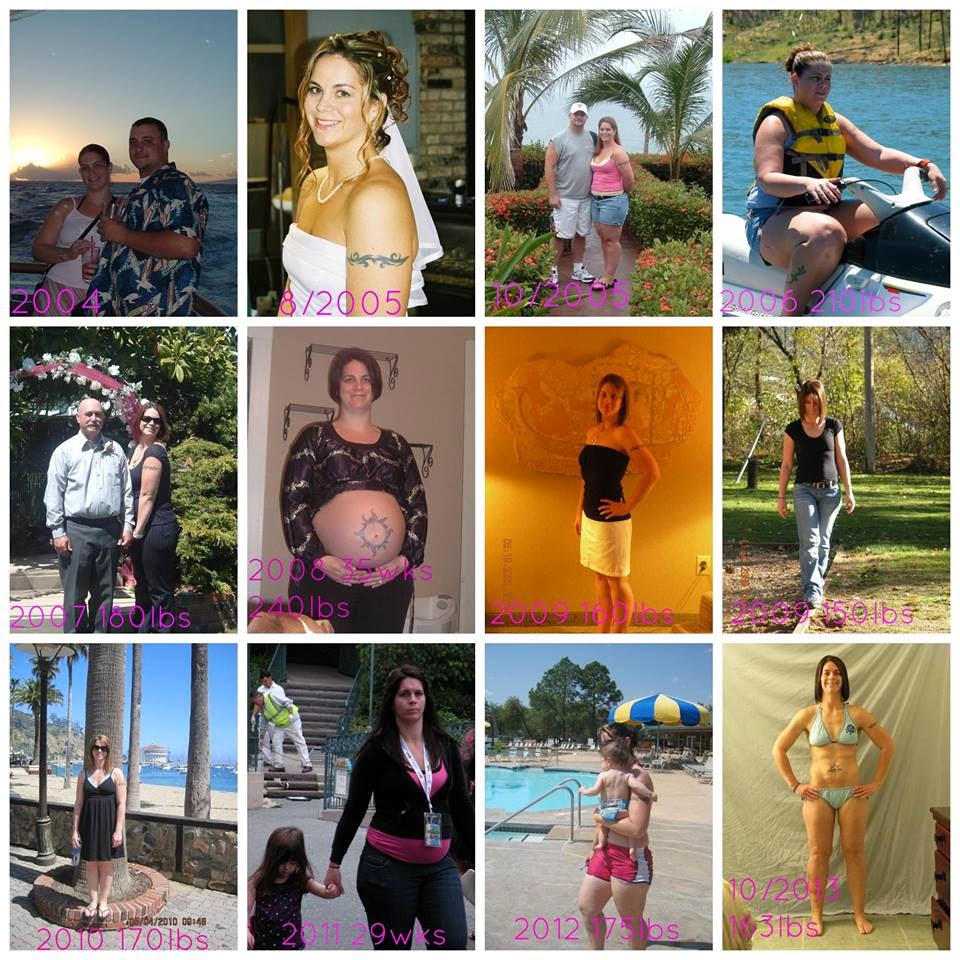 She was dissing herself, downplaying her results, pretty much one of the first topics that came up when we saw each other this past weekend, even after JUST having a major non-scale victory: trying on 2 bikinis and not disgusting herself. We share the same type of self loathing -s he hates her mid-section, as much as I hate mine. Her problem area is from her waist down, which is my best feature. But she has AMAZING guns! Have you seen her arms??? WOWZOO! They are WAY bigger, toned and stronger than mine! 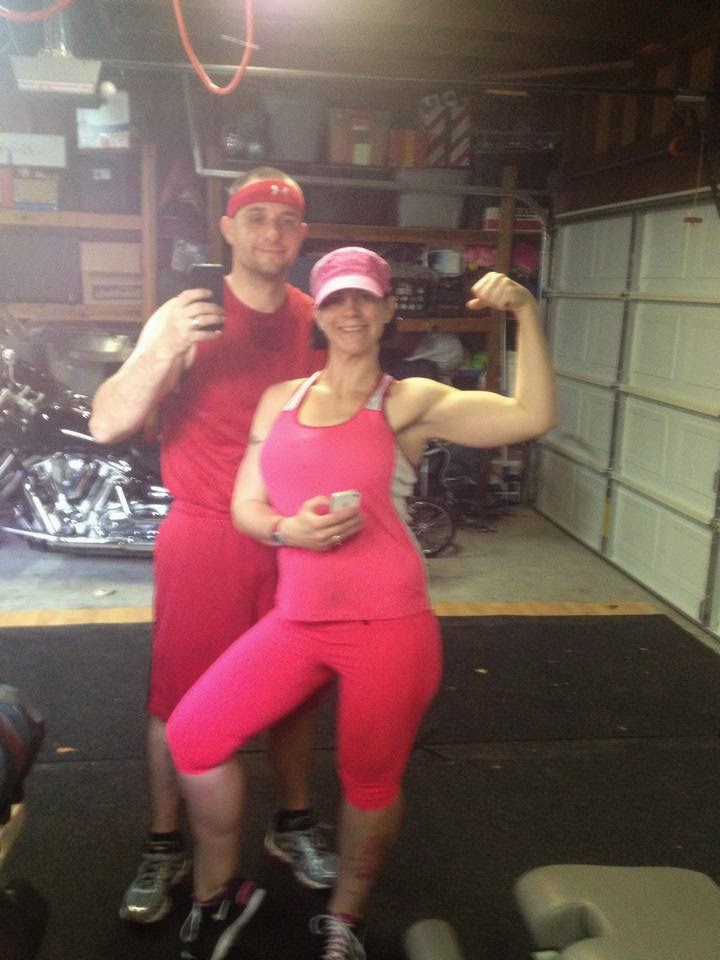 During this conversation, it was brought to her attention that we wear the same size jeans. In over 2 decades of friendship, we have never been able to fit in the same size jeans. But as of March of 2014, we can both proudly say that we wear a size 27 jeans. As of today she is in the low 160’s lbs and I am in the low 130’s. Her jeans actually fit looser on her than mine do on me!

Tom took a picture to prove to her that her ass isn’t HUGE like she thinks! 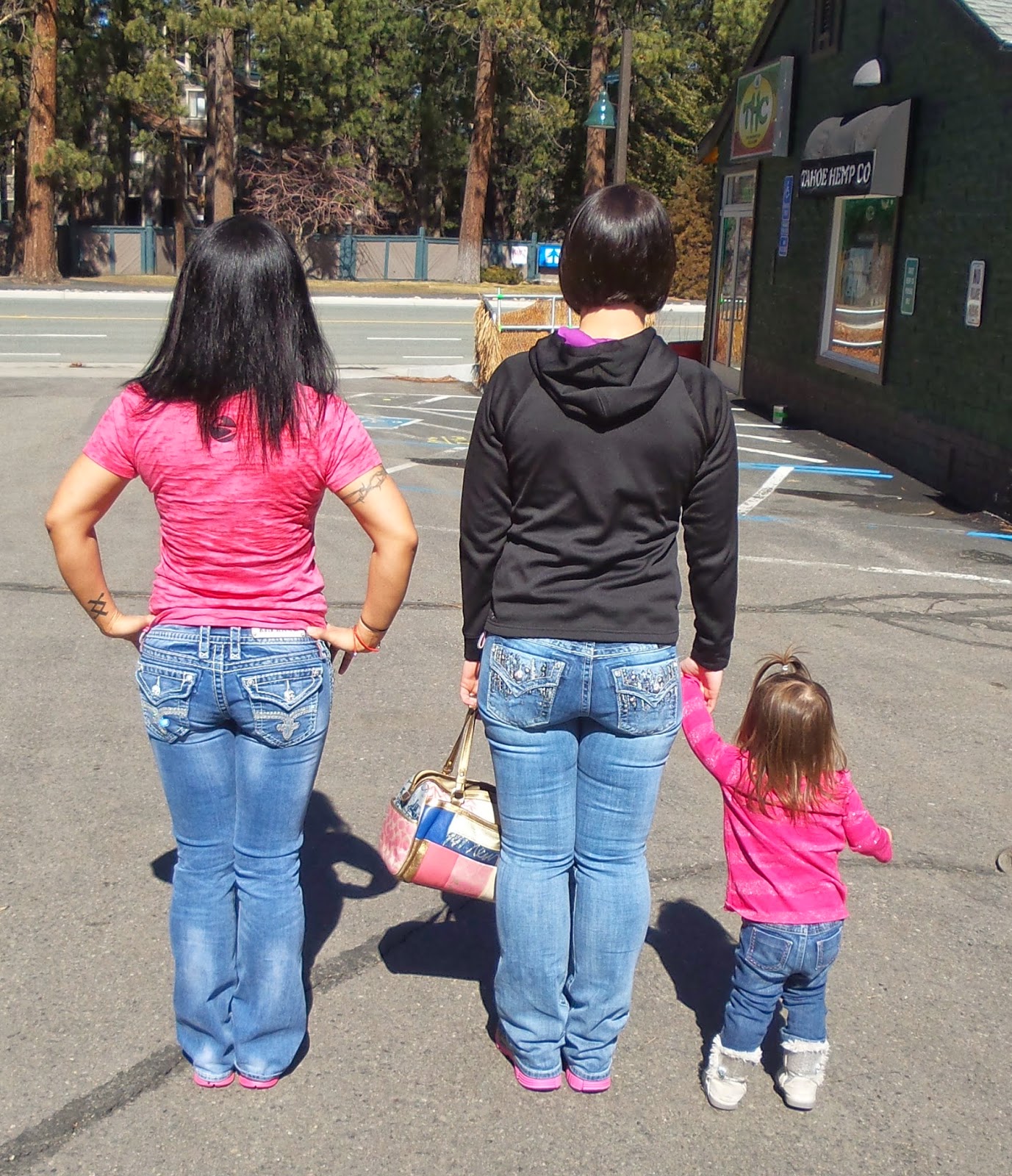 Moral of the story: STOP COMPARING YOURSELF TO SOMEONE ELSE. I know people who wear a smaller size jeans than me but weigh more and vice versa. Her fitness level and commitment is WAY higher than me, even though I am her coach, I don’t feel that I have to have a higher fitness level than her. We’re doing this together. It’s not a race. It’s not a competition. PERIOD. Get that thru your skull people!

This applies in all areas of life! STOP comparing your marriage, your finances, your children, your business or any other aspect of your life to someone else’s. You have NO idea what they have gone thru in the past or deal with each and everyday to get to where they are. Just worry about yourself and your family and take care of yourself! End of story! You will live a much happier and satisfying life when you can do this! I PROMISE YOU!

Love you Melissa – Friends for a lifetime! 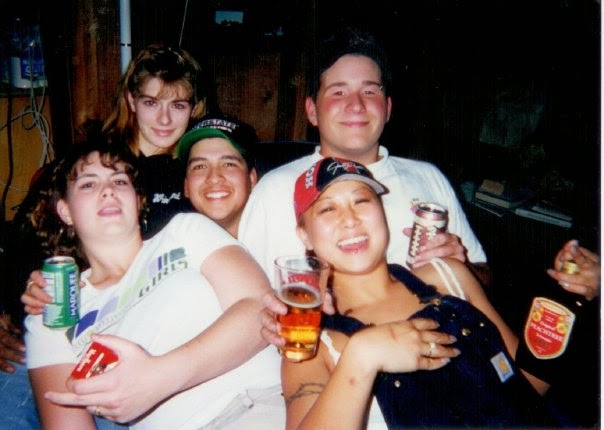 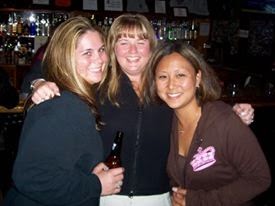 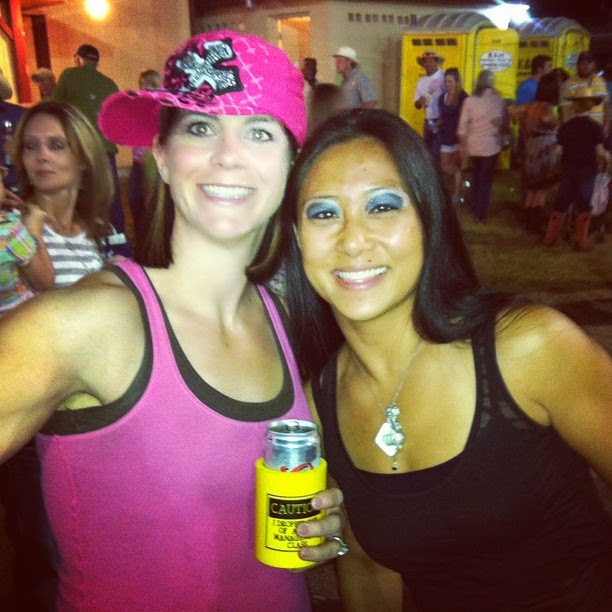 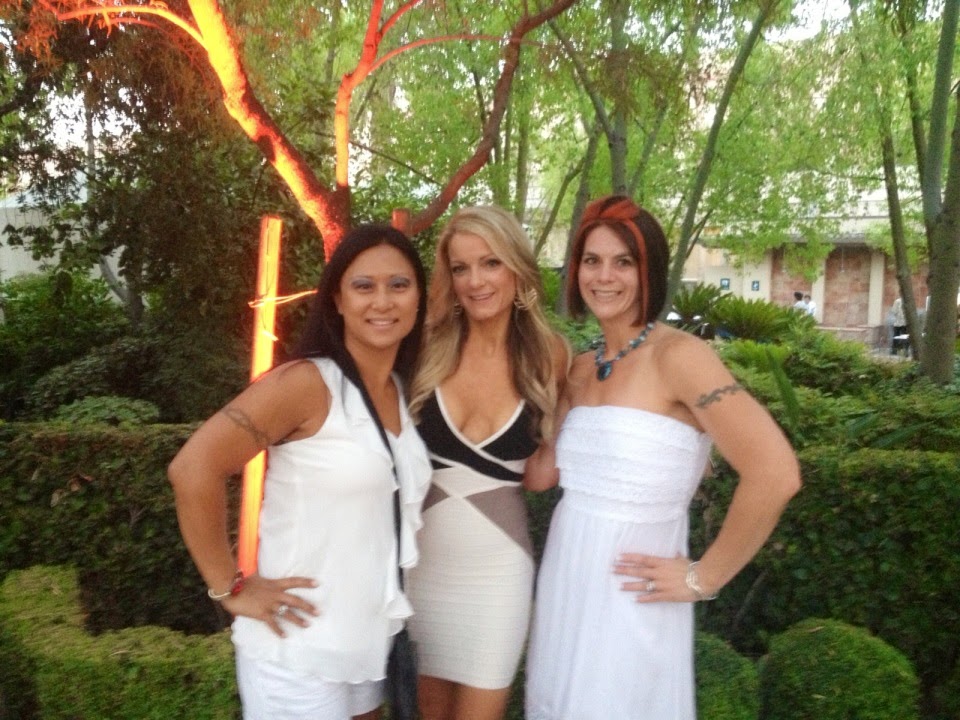 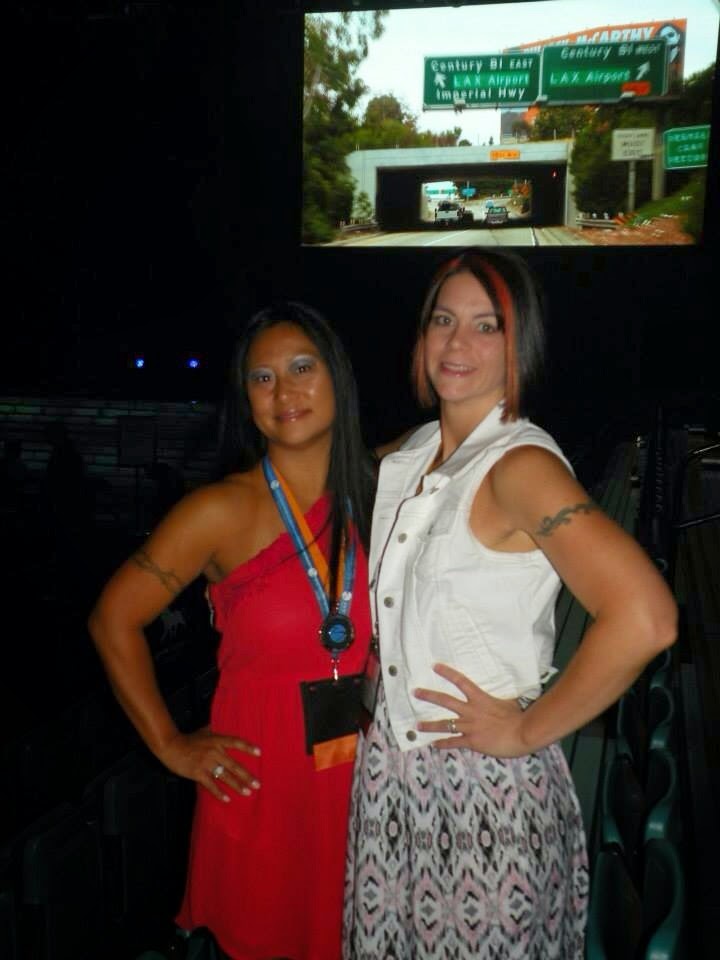 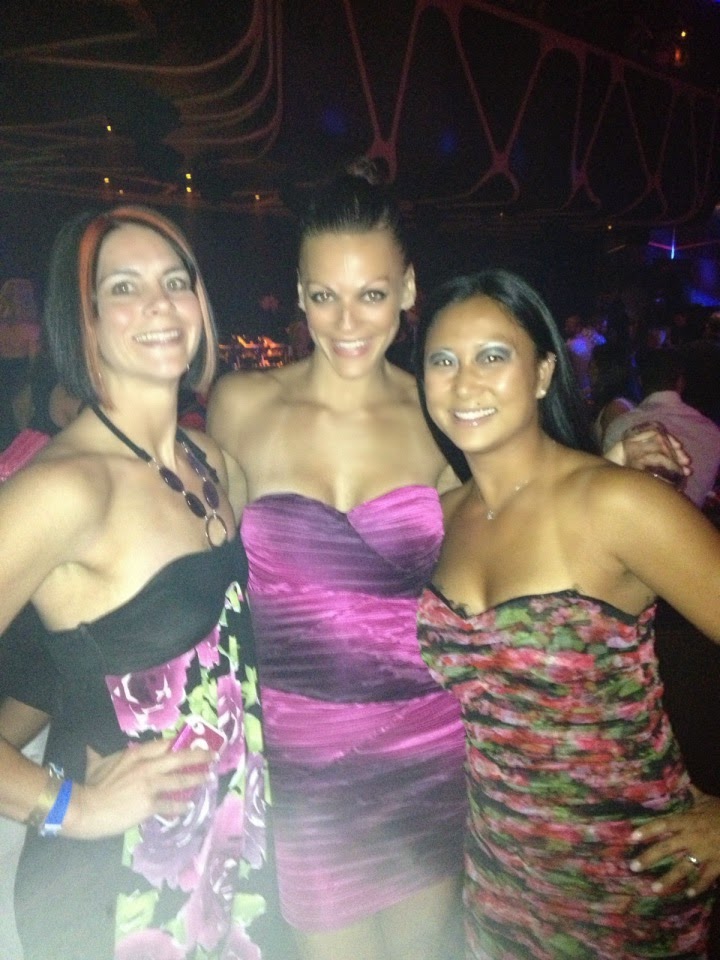 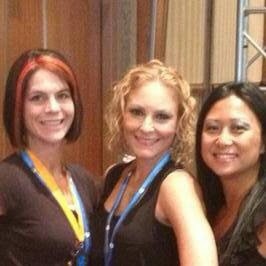 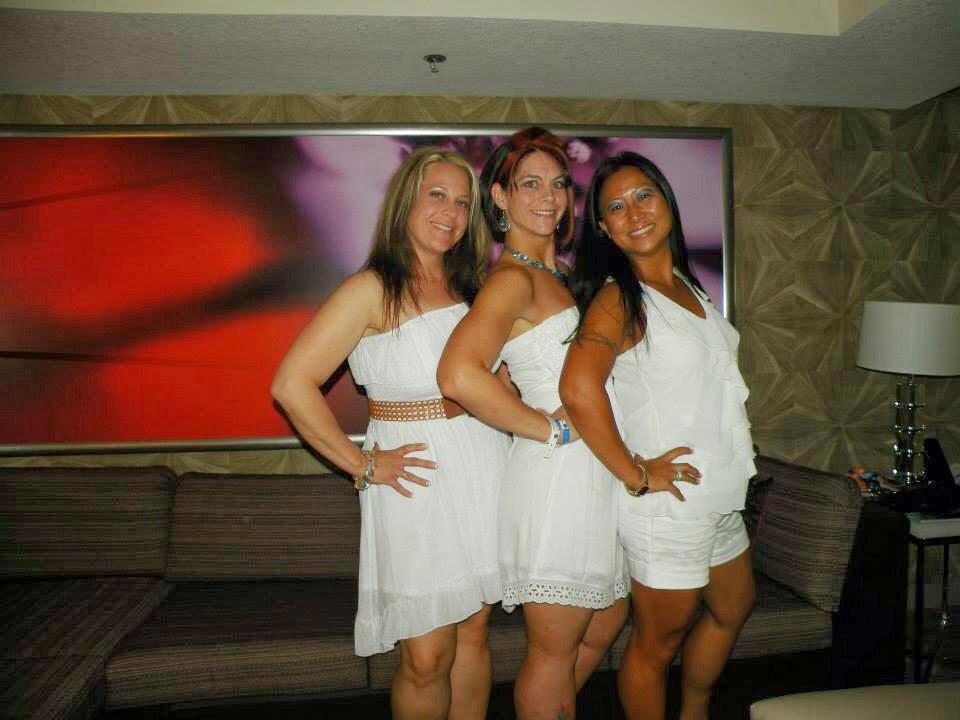 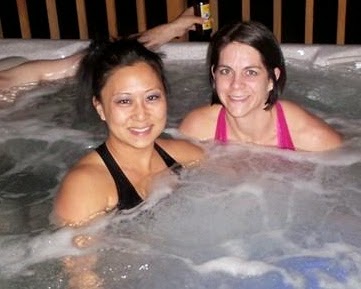