I have not owned a scale or lived in a home that had one since I left home at 15 years of age.
I never had to watch my weight.
I never cared what the # on the scale said.
However, if I was within a 10’ radius of one, you bet your sweet ass I was standing on it.
I purchased a scale last June before I started Ultimate Reset for the 1st time. Because it was there, I found myself weighing myself as soon as I got out of bed (naked) and before I’d get into the shower at night (naked). No matter what it read, the number never scared or discouraged me. I simply weighed myself just because I could. I noticed my weight would on average fluctuate 3-4 lbs. throughout the day and even as much as 6 lbs. every once in awhile (depending on what I ate).
Prior to joining Beachbody I weighed in around 145 lbs. Pretty hefty for being 5’3″.
In the beginning of my journey, I’d weigh myself at my best friend, Amanda’s house.
I lost 8 lbs. the first (and second time I did Ultimate Reset).
My scale broke about 2 months ago, I think.
It didn’t bother me, although it did throw a slight wrench in my morning and nightly routine, but I quickly adjusted.
Backtracking – Late January 2013, I decided that I would finally do something about the pudge, that seemed to sit collectively around my mid-section.
I started to “eat healthy” (sort of – what I thought was healthy at the time) and started tracking my calories for the FIRST time in my life.
Once I started tracking my calories, I was astounded to see exactly how many calories I’d actually been consuming on average daily.
With my 6-12 pack of beer each night it was well over 4,000+ a day.
Luckily, I have always had an insanely high metabolism and a muscular build, which helped me burn fat unusually faster than most people who lived my lifestyle (sedentary – little to NO physical activity). Some say I am lucky. I say that it was a hinderance, because it gave me a false sense of being “healthy” and I never learned how to truly live a healthy lifestyle.
But regardless of how slender I managed to “look” despite what the scale said, I was a walking heart attack, since my daily activities consisted of SITTING. My daily menu consisted of fried food, gravy and bacon galore. After I had Rebel, I started turning to boxed meals because they were quick and easy which fit my lifestyle better as a mom of 3 with a husband who worked away from home 5-7 days a night. My evenings consisted of mass consumption of alcohol and cigarettes.
Luckily, I woke up and decided to CHANGE on my own before it was too late, before some crazy health crisis or scare forced me to do it.
When I began my journey, life was pretty simple. Rebel was  18 months old and went to bed early (around 7:30 p.m.). Ryan was gone for 5-7 days at a time. I had no social life, as most of my friends ditched me when I was pregnant with Rebel in 2009-2010.
I was able to focus on my goals without any distractions. I was laser focused on reaching my health, weight loss and fitness goals.
Now fast forward a bit, once I achieved some major goals, the feeling was indescribable. I felt like a million bucks inside and out. I felt accomplished. I felt invincible. I felt strong. I was proud of myself for the first time in my life. I felt unstoppable. I felt like Wonder Woman!
I really think it’s easier to reach new goals than it is to maintain them because once you reach them, it’s easy to become lax in your discipline. To reason that one cheat meal won’t hurt or that you don’t have to work as hard as you did in the beginning. Your once strong self-control and will power become noticeably weaker over time, if you allow it. We as humans can talk ourselves in and out of just about anything we want. Our minds are powerful, seductive, and deceiving and weak at the same time.
I never really thought I was a emotional eater, but I realized lately that I am. I have been super stressed out at work because I’ve been unhappy there. (But I finally decided to take that leap and resign from my job! My last day is November. What a HUGE relief to be able to be free at last, to follow my dreams!).  As a coach, I’ve been juggling hundreds of people on top of the responsibilities of being a mom and a coach. I worry about my kids, our finances, our future, you name it. And I’ve noticed, I quickly turn to chocolate in epic portions and alcohol when I am feeling anxious and stressed.
To top it off, I have always been an OVEREATER.
Have you ever seen or owned a dog who was abandoned, neglected or found emaciated? You know, the dog, that has not been fed regularly, and will keep eating and eating until it’s so full, that it cannot move if an endless supply of food is available because it fears it won’t be fed again? 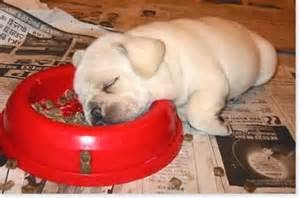 Yep, that’s me – At least that’s my theory.
I was born in South Korea, raised in a foster home until I was adopted by US Citizens when I was 9 ½ months old. I was malnourished, sick and extremely underweight.  (I’d only gained 7 lbs from birth to 9 ½ months, wasn’t eating solids and couldn’t sit up).
I swear that’s why I’ve always been a big eater, eating adult sized portions at 6-7 years of age and out eating most men as an adult.
I eat all day long partially due to having an active metabolism, but not I am realizing I eat based on what the clock says, not actual hunger. I eat when I am bored. And have alarmingly noticed I crave & turn to CRAP foods for comfort when I am feeling anxious, irritated, stressed, etc.  (namely: chicken strips, chocolate, beer and ice cream)
P90X is/was my SOULMATE program. (Although I am pretty sure P90X3 will be my new love when it comes out on 12/10/2013)
In the beginning, it was easy for me to complete 60-90 minute workouts because life was simple. I had less obligations and responsibilities.
But life has gotten busier. I actually have somewhat of a social life now.
It’s easier to do things now that Rebel is older and doesn’t go to bed so early or have to take a nap.
I became a Beachbody Coach a couple weeks into starting P90X.
It really took off for me. I quickly had many people I was helping.
Fast forward to recent times – That number is now in the hundreds.
I still work full time and my coaching is pretty much full-time as well.
I average about 5-6 hours of sleep a night.
I am working with new people each week, running a weekly free fit club in our community and training and managing about 100 coaches on top of my most important jobs – being a wife and a mom.
I admittedly do not have time for 60-90 minute workouts anymore. And haven’t fallen in love with any other programs, even though I have completed several others since completing my first program P90X.
Luckily though, effective 11/2/2013, I will become a FULL TIME Beachbody Coach. So I will have time to actually do a program with long workouts because it won’t take away from my sleep, my family or anything else since I will be able to block out a time for ME to do whatever workout I want without feeling guilty that I am neglecting something or someone important. And even more better. P90X3 releases in December and is comprised of 30 minute workouts!
Long story short, I will publicly admit, I have not been consistent with my workouts, other than my FREE 30 day Challenges that I have been holding since May and I’ve let my stress levels get to me and I’ve gotten lax in my eating habits. I used to eat right 90% of the time, now it’s about 65-75%. I know better. I am not embarrassed by this, but I am disappointed in myself. There are people out there who feel inferior by my presence, on their own doing, because my personal fitness/weight loss success in the past, makes them feel insecure about their own current state of affairs and lifestyle and will be quick to jump on me for this and try to call me out for not being consistent or a good example. And that’s fine. At least I can identify the problem, publicly admit it rather than hide it and then actually do something to correct the problem.
I bought a new scale yesterday morning in preparation for Round III of Ultimate Reset starting on September 30.
This is what it said when I stepped on it! 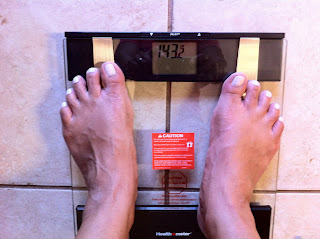 But the way I read it translated like this: 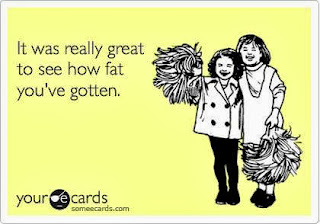 I had told Coby on Saturday when we were at the Success Club Leadership Retreat in Dana Point, CA, that I NEEDED to get on the 21 Day Fix Test Group, because I needed something to jump start me and give me a kick (in the ass) in the right direction! (Wish me luck! I will be sending in the application tomorrow!)
But for now, I will start Ultimate Reset to help me get my eating habits back on track and fix my relationship with food!
I got my cholesterol checked on Monday in preparation for Monday. I was appalled at the #’s compared to my day 1 and 21 results from the first round I did in July 2012.
Check them out. 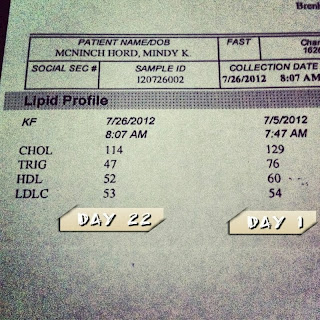 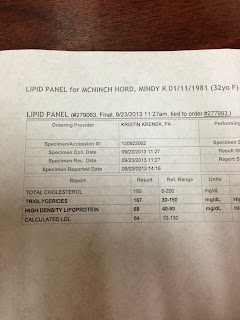 Can you see how getting off track, just for a little bit, can have such a BIG impact on your overall health?
Ryan has agreed to start P90X3 with me mid-December (wanna join us too?)
THE MORAL OF THE STORY IS – SUCCESS IS NOT PERMANENT.
Just because you succeed at something. Just because you reach a goal. Just because you overcome something. Does NOT mean that it last forever. You must MAINTAIN it.
This goes with anything in life.
For instance you cannot buy a BRAND new car with NO problems. Everything NEW. Everything pristine. You must take care of it and maintain it if you want it to be reliable.
You can become a successful coach and reach major professional goals and help many, but if you do not keep up with the same daily vital behaviors that you started off with, you will not stay in the same position with success.
My message to you is: STAY CONSISTENT.
Don’t get too big for your britches (no pun intended)
My promise to myself is to… 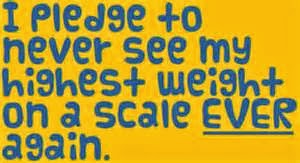