On January 11th (or 12th) I was born to Min-Jung-Kim in Seoul, South Korea and was shipped off to a Korean Foster Home. 9 ½ months later I was shipped off again to the United States and placed in the home of a childless couple. Growing up, I never really felt like I fit in. I didn’t look like anyone. I had no siblings to relate to. I had no cousins to grow up with. I always felt out of place. My parents would always say things like “You should know better. You weren’t raised that way.” in reference to some of my actions or thoughts or personality traits. Now I realize that a lot of my personality is genetic, but there is no one to trace it back to. The only people I received unconditional love from was my 2 grandfathers, who loved me dearly. I was raised as a Jehovah’s Witness. Even as a young child, most of what I was taught, made ZERO sense to me, but I was never given any answers. By an early age, I knew it was not for me, so never fit in with anyone since I never embraced the religion. Going to school, I always felt like an outcast, being one of 5 Asian kids in the whole town, being raised by old, super strict and controlling parents, being seen knocking on doors on the weekends and during the summer. I was unmercifully teased for being Asian, not wearing cool name brand clothes, not being able to date or go to sporting events or dances, for being flat, for being a Jehovah’s Witness, even teased about my last name. As stated yesterday, I was never allowed to play sports, or engage in any extracurricular sports or be part of any clubs in school. So growing up as a kid, I never felt like I had a place, never felt like I belonged to anything. I found out I was pregnant with Haylie on my 18th birthday so there went any shot of going to College. I finally had enough of my hometown and the bad memories and packed Haylie and I up and made the long trek from Northern California to South Central Texas in 2001. I thought this would be my shot, my do over, my chance to find my place in life. HA! Boy was I in for a rude awakening. I moved to Brenham, TX and found that I was surrounded by people who had grown up together, had memories together that dated back to when they were still in the womb. Again, I was an outsider. A new person. Someone who didn’t dress or talk, or act or think like they did. CRAP! Luckily, though I’ve formed some quality relationships with some wonderful people in Texas, but it wasn’t immediate and was really hard to find those great friendships. I’ve been married 3 times (Yep! Yikes! You DID read that right – THREE times!) and not one time have I been accepted by my in-laws (However, now I get along with my girls grandparents now). So once again, I was made to feel that I was not good enough to be considered family. It seems like my whole life, I’ve struggled to be accepted, struggled to be liked, struggled to find my place and many times over the course of life, I’ve compromised my integrity just to be liked and “fit in”. As I’ve gotten older, I’ve realized that I should never have to pretend to be someone different than myself just to find friendship or acceptance…. but our human nature is that we all have a tendency to want to be loved and accepted and liked, right?
It wasn’t until I found Beachbody that I found a LARGE group of people who ALL immediately accepted me and love me just like family. I get to be me & not have to worry about them trying to change me. The loyalty that I’ve seen among the TSD team is insane. I’ve never witnessed anything like that. It feels great to be part of something, something REALLY BIG, something that is changing the world, something that lifts you up. I’m amazed at how many people I’ve just instantly clicked with from day 1 – strangers, people I would NEVER have known existed had I declinedBecky Bergolla Brossett‘s presentation of the Coach opportunity. I can’t believe how much better my life is just by having these people, that I may only see once or 4-5 times a year. They have become my best friends, my biggest supporters, my network, my hope, my future, not just for me, but for my entire family. I still smile every time I think about how Jake & Chase always ask to see us, how Marli made Danny send a text of a pic of her to me, how Aidette‘s kids ask all about Texas because they know that we live here. Sometimes you can look around at your friends who live a stones throw away who sometimes forget you exist, so you know how awesome it is to find people who you may be out of sight, but not out of mind. It may have taken me 3 decades, but I FINALLY FOUND MY PLACE IN LIFE. TSD you have my heart! I am so blessed to be part of such an amazing team! Thank you! I am so thankful for the amazing people who have been brought into my life & accepted me into the BEACHBODY FAMILY! 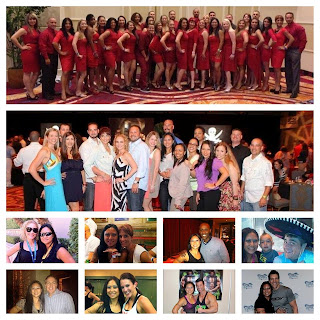 I have not seen my father since July 2008, the last time I visited my hometown of Fort Bragg, CA, the last time I stepped foot on California soil.  I have not seen my mother since August 2009. I cut off all communication with them after that. Last 2009 I started requesting that they mail me my Naturalization Certificate. My request was never fulfilled. However they sent me a photo copy of it, and then a certified copy of my birth certificate. I’ve had to jump through hoop after hoop to try and get a new one. It costs over $400 to have a new one repainted. I’ve been trying to get a copy from the UCIS since January and still have yet to receive it, after spending countless hours on the phone with UCIS. I am BEYOND frustrated. I need this in order to get a passport, for a trip we will be taking to Grand Cayman in March of 2014. We already had to cancel another trip that we had planned to Playa Del Carmen in April 2011 because this document was still not furnished to me.
I finally had enough of the stupid games and called and spoke to my father in the beginning of March. He alleged that they don’t have this document. I have no proof that he is lying, but anyone who knows these people, know they save EVERYTHING. So I find it hard to believe that they “lost” this.  While on the phone with him, I requested full copies of my adoption records. I was never given much information on my adoption. My mother would always cringe and get offended when people would ask me as a child if I planned on trying to find my birth parents when I got older. One of her favorite shows was Unsolved Mysteries, however anytime they would air a story of an adopted child finding their birth parents she would always change the channel. I remember one time when I was a preteen/teenager, asking something about my history…. and there was a very dramatic, traumatizing, conversation that took place where she took me into the office and pulled out a file that was under lock and key and the only thing I remember reading was that my birth mother was a 23 year old waitress at a Seoul restaurant and when she got pregnant the father wouldn’t claim the unborn child as his. I was placed in a Korean Foster home where I had a 14 year old foster brother. I lived there until I was adopted on October 21, 1981. At that time I was 15 lbs and couldn’t even sit up. I do know that coming to the U.S. was the best thing for me. I do not begrudge my birth mother for giving me up. But no doubt part of the whole situation has left scars on my soul and holes in my heart.
Not until I became a step-mother did I understand the treatment I received from my parents. The love between a child you are raising that is not your own flesh and blood vs. your own offspring that you have carried, raised and been with since day 1 is not the same, I don’t care what anyone says or is willing to admit out loud. I just have the balls to say it out loud. You don’t love those you are obligated to love the same as the ones you are tied to because of a bond bound by genetics and DNA. There is no such thing as unconditional love – there is always something there that says “you’re not really mine”. Now that I am a stepmother and see the bond between my husband and my daughters as step father/step daughters, I can say that it isn’t the same. No fault of anyone, it’s just the way it is. So I can totally understand parts of our relationship.

5 1/2 months after requesting the documents. I just received copies of my adoption records from my parents. Not sure what all the stack of papers say or if there’s anything relative that would change my life. It’s kind of weird to have my history, my roots, my beginning, that everyone else takes for granted be reduced to a stack of papers. I really don’t feel emotional about it, but it’s kind of scary to wonder how it’ll affect me once I start digging thru it all. I’ve never really dealt with any of this. At almost 33, having withstood many horrific things, I’m pretty sure I will be alright. I’m not opening Pandora’s box or anything.

Sure enough though, enclosed was a letter from my parents. With the usual attempt to try to be genuine & caring ending with the normal touch of sarcasm and condescending, threatening tone. Maybe I am crazy, ungrateful, selfish, hypocritical and hateful person that they portray me as. However their guilt trips haven’t worked in years. I personally like the reference about how they find it hard to believe I am a coach who’s made so many changes, but yet are so hateful to them and they wonder what people would say if they knew the things I’ve said to them. Like a threat to try to expose me as someone other than who I have portrayed myself.

That’s the thing – I am an open book. I don’t hide my life, who I am or my thoughts. Never have. Never will. I have hated my parents and thought they were bat shit crazy at 8-10 years old. The older I’ve gotten the more apparent it’s gotten.

The stack of papers still sit – Not sure when I will be ready to read them. But there is some kind of closure knowing I have them, if it’s even all of the documents associated with my adoption.

Sure enough though, no naturalization certificate. Not that I am surprised. 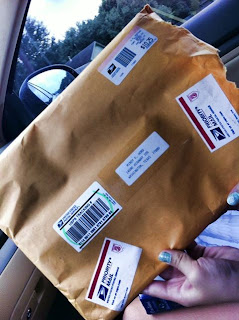